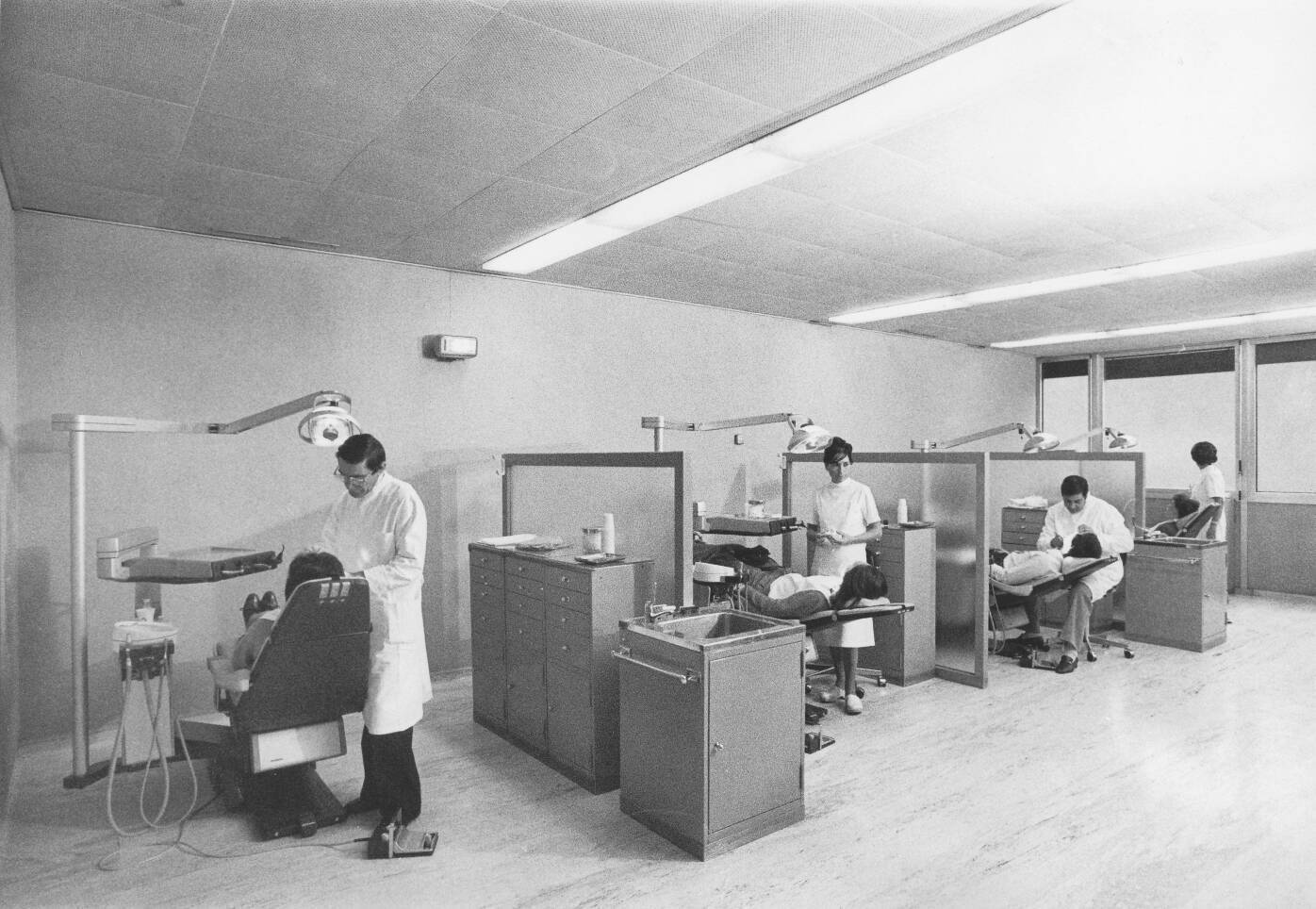 Istituto Stomatologico Italiano, the symbol of Italian dentistry since 1908, stems from the persistence of lecturers who, inspired by what happens in other countries, like the United States, struggle to prove that Dentistry is a medical discipline in every effect.

The Institute was founded by Prof. Carlo Platschick who became the holder of the first Chair of the Dental Clinic course at the University of Pavia on July 31, 1891, and after having presented the thesis "Abnormalities of tooth development sites", realized his dream by directing the first Clinic in Italy entirely dedicated to the care of the mouth and teeth.

Prof. Platschick, a national and European reference for the development of the dental discipline, reinforced this new professional figure by establishing a School of Dental Improvement within the Institute, whose historic home once stood in the heart of Milan in Via Statuto 15/A.

He was among the first to recognize the right to dental care for poorer categories, foreshadowing the identity of the Institute.

In 1918 the ISI (Italian Dental Institute) changed from a de facto company into a Cooperative Society.

In 1954 a Convention was concluded with the Chair of Dentistry of the University of Pavia and the Institute becomes the seat of the detached section of the Dental Specialization School of this University.

In 1968 the need for broader space arose in order to realize another ambitious project: the inauguration of the Department of Maxillofacial Surgery under the guidance of Prof. Cesare Enrico Pini. The seat was then transferred to via Pace 21, where it has been up to this day.

Since 1978 the Institute has become the benchmark for graduates in Medicine and Surgery who wish to specialize, deepen their knowledge or enter the field of scientific research. Having been for years a training centre for specialists in the field, it organizes cultural events, courses and congresses for dentists, maxillofacial surgeons, hygienists, dental assistants and promotes social and scientific initiatives.

Citizens and the society are important for the ISI, they are the heart and the starting point that deserve attention and initiatives. This is why the ISI became in 2005 a Social Cooperative ONLUS, with the purpose of performing an increasingly useful function for the territory, by offering the community an important health service and a significant contribution to social progress.

The ISI is the fulcrum of training, scientific activities, ideas and techniques. It hosts, following the tradition promoted and established over the years, the School of Specialization in Oral Surgery at the University of Milan. 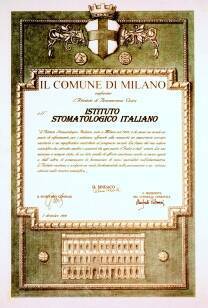 The important role played by the ISI in the Milanese and national territory is also recognized by the citizens and the community. On December 7, 2006, the Italian Dental Institute was awarded by the Mayor of Milan Letizia Moratti, as part of the ceremony for the award of the Ambrogino d'Oro, the "Certificate of Merit" for the following reasons:

"Istituto Stomatologico Italiano, born in Milan in 1908 has been for nearly a century a reference point for the Milanese by offering the community an important health service and a significant contribution to social progress. The fame of its scientific value has attracted physicians and patients from all over Italy and abroad. Its mission has always been, on the one hand, to offer assistance to the less well-off and, on the other hand, to promote the training of new specialists in dentistry. The Institute continues to play a key role in prevention and is intensely active in scientific research". 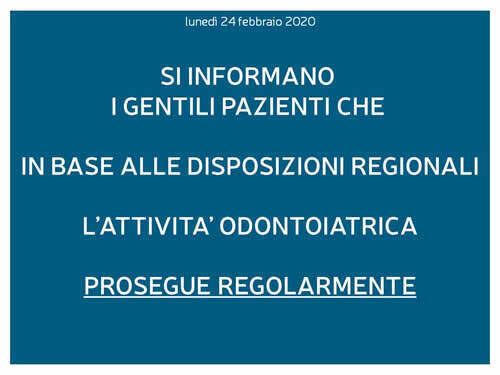